Story #6: When the Goatman Comes

Happy October! Every year I share a special post or series of posts leading up to Halloween, and I've been thinking about this one for months. This lyrical, rhyming poem honors the legend of the Goatman, a prominent (and highly weird) figure in American folklore, with roots in European folklore and wide-ranging stories from around the U.S. and beyond. I wrote this story when I was only 13 years old. Clearly, I peaked as a writer a long time ago. It has long since been polished and packaged for publication, and I am excited to reshare it now for your spooky (and spoopy) season enjoyment:
Apparently it is so
That when darkness climbs the skies,
The old Goatman of legend
Comes out from where he lies.
I do not know this for a fact
But so I have been told,
And so I shall tell you
About this silly tale of old.

Through word of mouth and hearsay
And mere stories I have found,
It is believed he’s always here—
Oh yes, he’s still around.
Long he’s lurked among the hills
And in the fields beyond the hay,
He was here long before you and I
And walks among us today.

When the fog descends
On our darkened streets and narrow roads,
His long shadow can be seen
Along the cobblestones.
Although I am no witness
I am told of his wicked features:
A mangy coat, gnarled hooves,
He stands upright, the creature!

His horns are that of the Devil,
His snout that of a boar,
His smile pure torture
With fangs nearly to the floor!
You may think it nonsense
As I always did and do.
But then again, as they have said,
“Wait till he comes for you!”

He wanders in the shadows
Seeking souls to make him stronger.
On the wicked and the weak
He gorges to feed his hunger.
He creeps into our homes at night
Upon the Witching Hour.
With his mangled claws he strikes,
Bad children he devours.

And when he’s through
And his thirst for blood
Is quenched for that one night,
He gallops back into the hills
And thankfully out of sight.
From atop the mountain Baphomet
His next victim will hear him howl,
Before he descends upon the town
…Why, is that the sound of him now?

But you understand, my friends,
This simply cannot be.
I am a good young lady
And he would never come for me.
I do not fear and am proud to say
I’ve always been so brave;
To me he is but a folktale
Told to make us all behave.

Yet this foul noise draws nearer;
I can almost hear him breathe.
As I look up from my cozy hearth,
A silence comes over me.
It is dark and quiet here
Though the fire sometimes roars;
Is that in fact the old Goatman
Knocking at my door?

I’m afraid perhaps I’ve lied to you,
My trusted faithful friends,
And for my terrible sin now
I expect I shall meet my end.
I have never seen a monster,
But we fear what we don’t know.
I swear I did not believe in him
Until just a moment ago.

I stand quietly, trembling,
And set down my book and pen.
My shadow dances dizzily
As the fire distorts it now and then.
All the silent children
And the families of this place
No longer need to fear
And return to their nightly pace.

For the old Goatman of legend
Has now chosen me.
I can no longer run away;
I cannot dare to flee.
I must add to the story now
What I did not mention before:
The beast strikes weekly on this night
Not after or before.

To think I never believed it,
How could it possibly be real?
I had laughed and laughed about it,
Not an ounce of fear I’d feel.
But they say he’s twice as evil
As the witches of the caves,
The vampires of the north,
And the spirits from the graves.

And now that I may find it’s true
I cannot describe with glee,
That I reckon he is here
To pay his ghastly visit to me.
Before it was all a harmless tale
To scare the kids to bed.
But it is no longer all that funny,
Now that I’m filled with dread.

I hear his hooves upon my steps,
Smell his stench down to my bones.
I open up the door and wish
That I was not alone.
Here he looms before me
A sight that I can barely stand—
I am face to face now
With that old Goatman!

He bares a sickly grin and puffs
At his sweet cigar.
But he is the finest dressed creature
That I have seen, by far!
He tips his top hat in greeting
And bows over one cloven-hoofed leg.
His suit is a fine burgundy
And he sports an expensive cane.

Why he looks just like a handsome devil
(If I’d imagined one before…),
And has no boar snout and no fangs
That reach down to the floor.
I move out of his way
As he begins to step inside.
For such a terrible creature
He has quite a charming stride.

There are two plush chairs by the fire
And both are the color red.
He invites me over as he sits in mine
So I decide to stand instead.
I offer him some coffee, some tea,
Or an éclair,
But with his warm and menacing tone
He tells me to sit in the chair.

His voice has a comical, throaty snort
With a touch of British flare,
As soon as I sit he advises me,
“Tea, but no éclair.”
I rush into the kitchen
And return nervously with a tray.
I can neither describe the fierce beat of my heart
Nor the depth of my dismay.

I hand him his cup of tea
As he sets down his cigar with care;
I watch the glowing tip turn to ash
While I sit down in my chair.
The blaze of the fire lights his face
As he politely sips the tea.
For the first time, his blade-like teeth
Are visible to me.

He smiles in contentment
And poises himself to speak,
This will be a long night—
Already I’m tired, shocked, and weak.
“I’ve come tonight on my weekly rounds
From the mount they call ‘Baphomet,’
In hopes that I would find you here
For an evening we won’t forget.”

“Well I was not expecting you, sir,
On this moonlit night.”
My tone is meek and mild
And my voice is filled with fright.
“I visit when I’m most unwelcome—
It gives me a rush of power.
I am here to see you now, my dear,
But won’t stay longer than an hour.”

He is just so nonchalant,
While I can barely speak.
Yet, somehow I manage:
“I can’t believe it’s already been a week.”
“Neither can I, but darling,
How my hunger grows and grows.
I long for the taste of humans,
Which is something I think you know.”

“Yes, but I was not anticipating
This would happen to me.
It is hardly fair at all,
I’m a good girl, can’t you see?”
“Ahh, my child, yes,
And so many of the innocent do weep.
But I’m afraid it cannot be helped—
You are mine and mine to keep.”

With a shrill bark of laughter
He rears back his monstrous head,
I wish that I had listened more
To all the things they said.
Oh, my dearest friends and family
Who have truly believed indeed…
What a fool I am,
How could I ever have been so mean?

“I hope that when you do it, sir,
At least you’ll do it quick.
I am crestfallen at the thought
And think I might be sick.”
“Perhaps if you had not been
Such a bad little girl when younger,
I would not be here right now
My dear Beatrice Unger.”

“Beatrice, who?” I blurt,
“Why, kind sir, that is not my name.
And I always was a good little girl—
I can say it with no shame!”
Suddenly he stands
And looks down deep into my eyes.
“Then I have the wrong person,” he states,
“Well, surprise, surprise!”

Confusion grows within my head
And I feel a chill so cold,
I rise up, too, and stare
Into the face of this beast of old.
“I must be on my way then,” he says,
“It was nice of us to chat.
Thank you truly for the tea,
And madam, that will be that.”

I am stricken with relief
Nearly falling to the floor,
But I gather up my senses
And show this Goatman to the door.
“I believe now!” I shout after him
At the very top of my throat,
And with a tip of his hat and a wave of his hand
He is gone, that old Man-Goat.
"When the Goatman Comes," copyright 2021 Amelia Cotter (first published in Lost in the Witching Hour, 2014)
Posted by Amelia Cotter No comments:

National Novel Writing Month, or NaNoWriMo, is coming up fast! During the month of November, amateur and professional writers from around the world and of all ages are encouraged to take part in a 30-day writing challenge to draft a novel of 50,000 words or more. September kicks off two months of NaNoWriMo prep available to those who wish to participate! The challenge is intense and fun. I completed it once, back in 2010, and I think I'm still recovering… I'm not sure I'll have the chance to do it again this year, but encouraging others to do it inspires me to want to try again in the future!

The NaNoWriMo organization also offers other year-round writing challenges, coaching, programs, opportunities, and resources for writers, librarians, and educators. They also provide post-November advice and assistance to writers who complete the NaNoWriMo and want to move forward with possibly publishing their novels. The Young Writers Program is designed specifically for writers under 18, who are definitely encouraged to participate!

If you decide to do it, please let me know how it goes! I'd love to hear all about your project and process, and I'm rooting for you!

Posted by Amelia Cotter No comments: 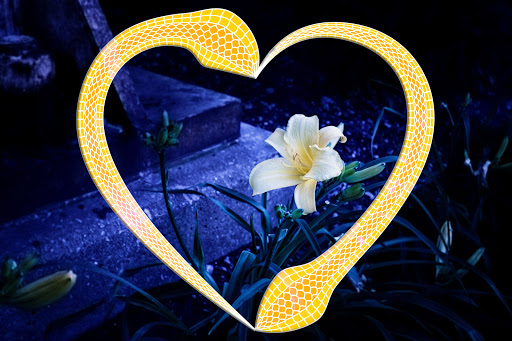 AMELIA IS A HIGGYPOP 2020 AWARDS WINNER!

AMELIA IS THE HOST OF